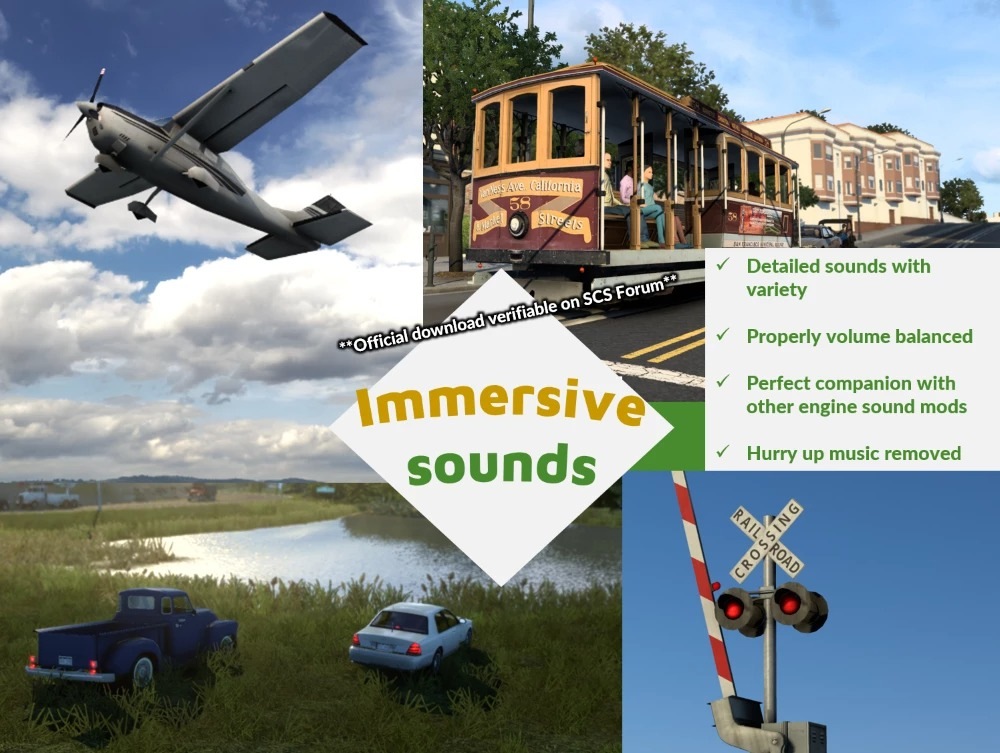 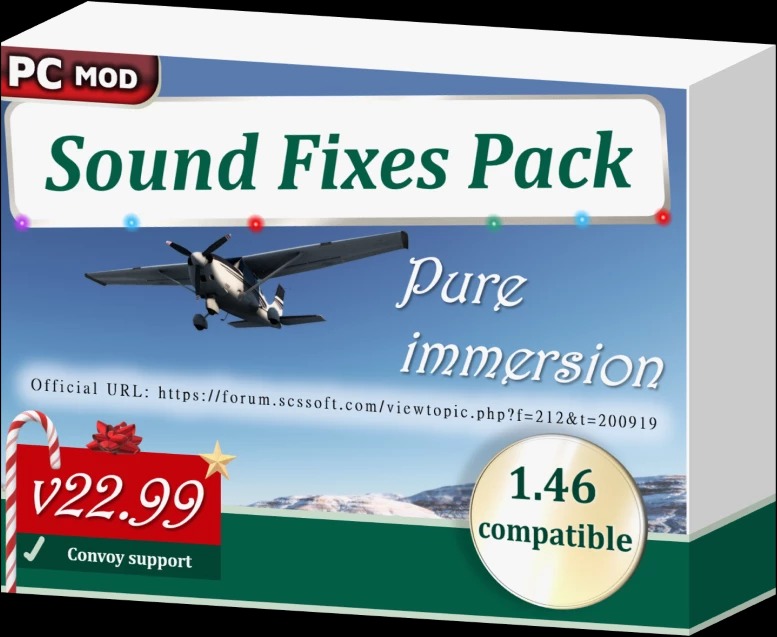 The 1.46 city ambient sound event of vehicles passing would feel strange when no traffic is around:
– So this has now been modified to a much more distant traffic sound.
– The former sound effects might get merged into the Sound Fixes Pack AI traffic sounds in 2023. We’ll see!

Reduced “blanketing” of some 1.46 background ambient insect sounds so that they can be further from the player’s truck. [ATS edition]
2 new cricket ambient sounds added for the foreground cricket ambient insect sounds.
Engine and horn sounds added to the 2008 Mitsubishi Lancer (pre-facelift) in AI traffic. [ETS2 edition]
Tire sound effect added for one of the tractors in AI traffic.
Revised sounds of the Cessna 172.
Horn sound added to the 1947 Chevrolet Advance-Design 3100 and the 1947 Chevrolet Advance-Design Loadmaster. [ATS edition]
Slight increase in sound volume for the horn sound effects of the 2020 Mercedes-Benz GLS (X167) in AI traffic.
Adjusted 3D sound position for the sounds of flags in the wind.
Applied sound of flag in wind to some flags without sound.

— Optional addon changes —
Reefer trailer sound addons for ETS2 and ATS have been updated for 1.46!

– Pack provides essential improvements to common sounds in the game for increased immersion.
– For over 7 years, this mod has proven to be a welcome addition for anyone wanting an immersive experience.
– The Steam Workshop version is highly recommended for quick and easy updates, maintained for the current game version.
– The mod is the most safe on the Steam Workshop, having procedures in place for adapting to major game updates.

* ETS2 1.46.2 + ATS 1.46.2. No errors in game log. Must have high priority in Mod Manager.
* Supported in single-player and multiplayer Convoy mode, and is marked as an optional mod in Convoy.
* Compatible with all maps and all trucks, including truck mods.
* Does not replace individual player truck sounds, so this mod can be used with an unlimited amount of truck sound mods of your choice.