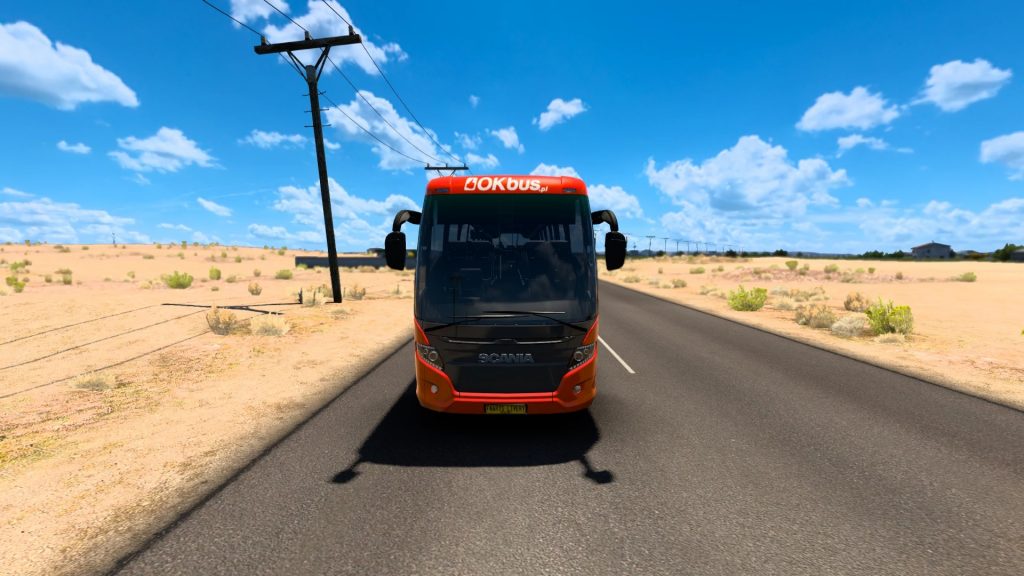 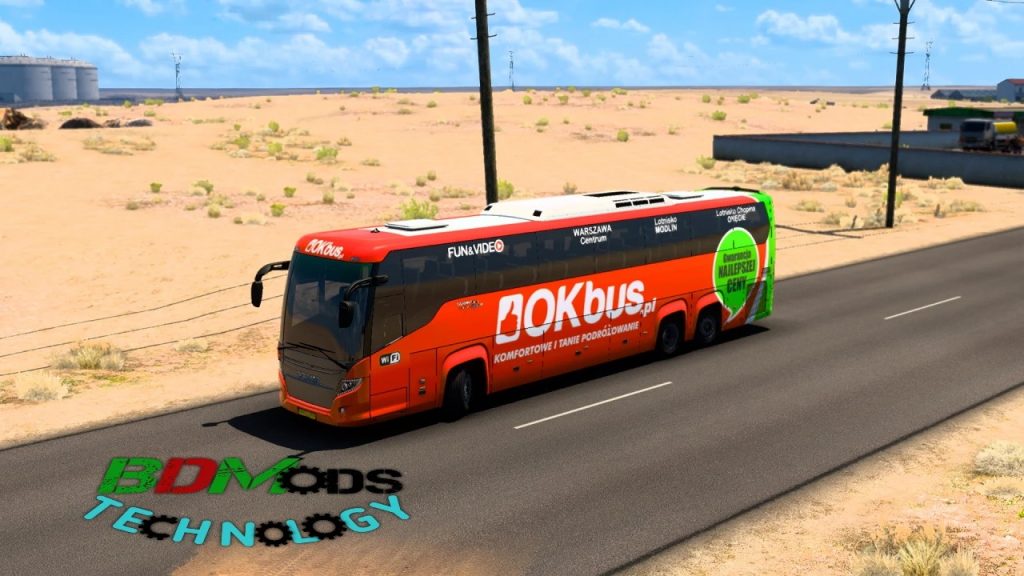 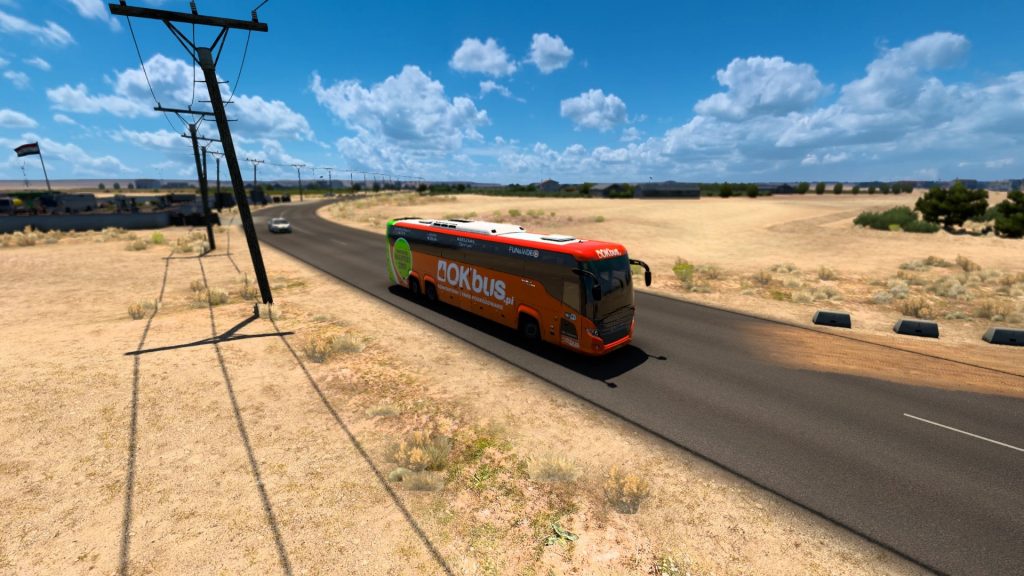 Scania Touring Bus – this modification adds a high quality passenger bus model for ETS2 players. The Scania Touring K410 bus mod for Euro Truck Simulator 2 is designed on a chassis with a 6×2 wheel arrangement, the developers of the modification implemented three engines with a capacity of 410 to 440 horsepower and a couple of gearboxes at 12 and 8 speeds, as well as their own behavior physics.