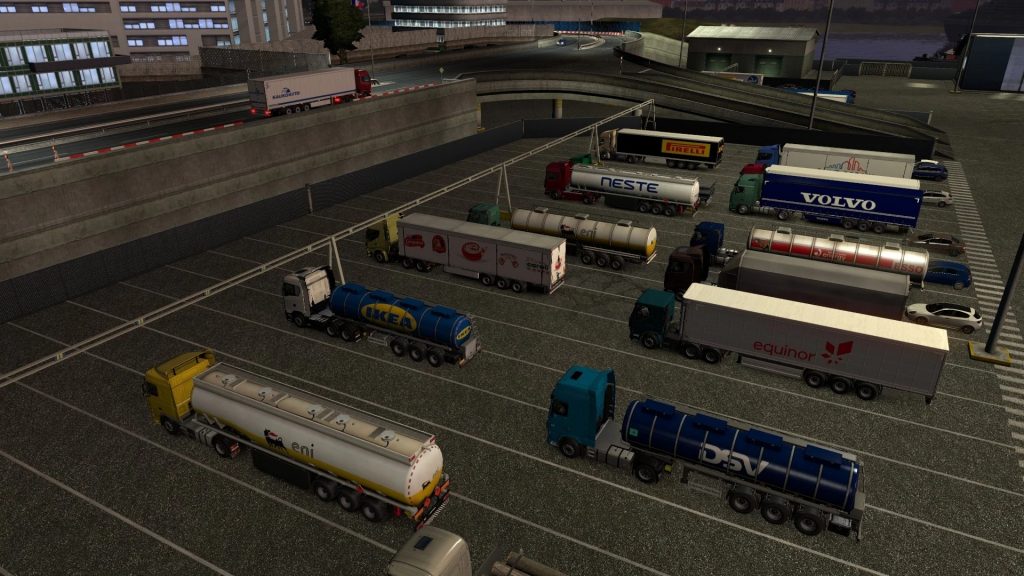 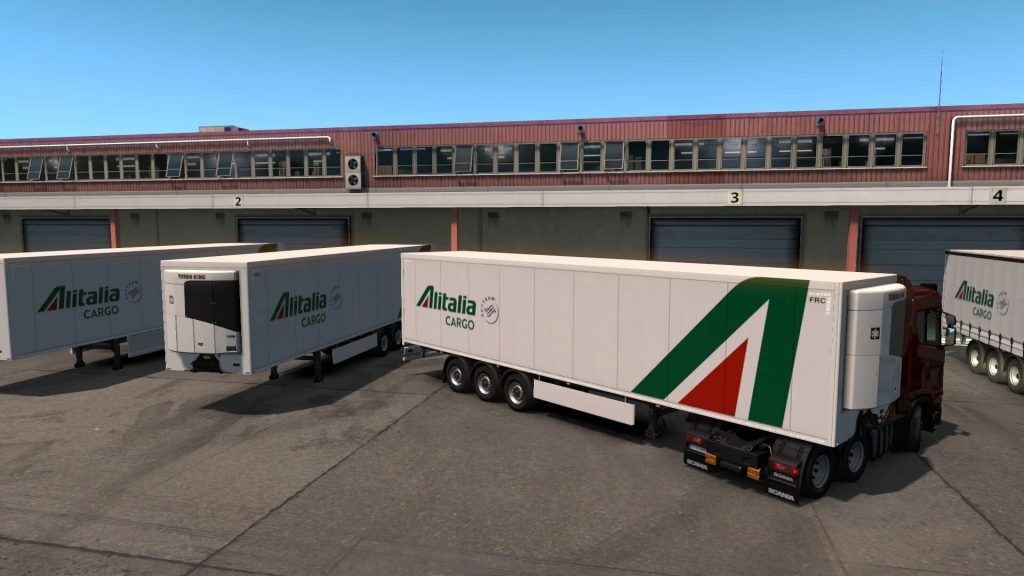 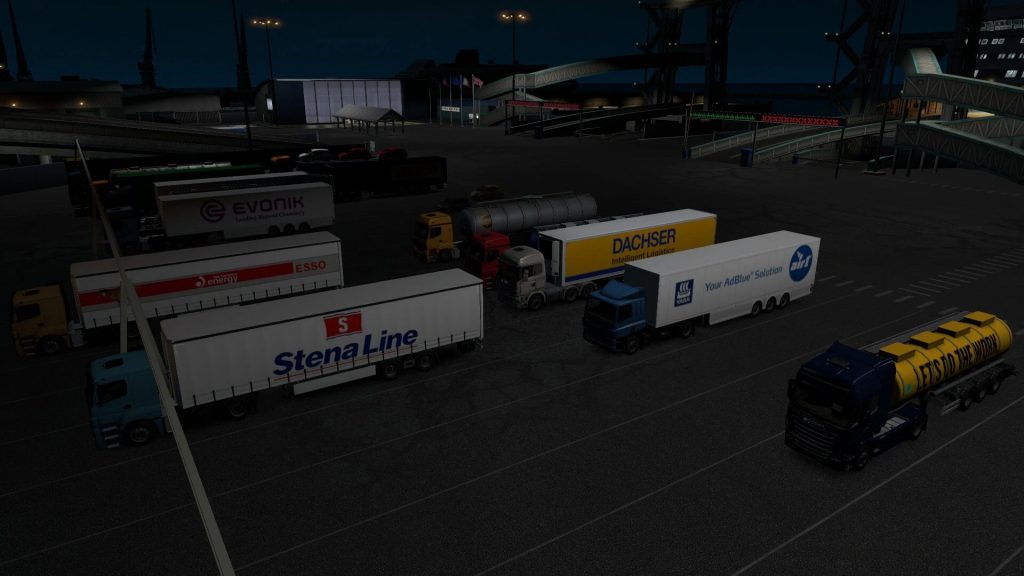 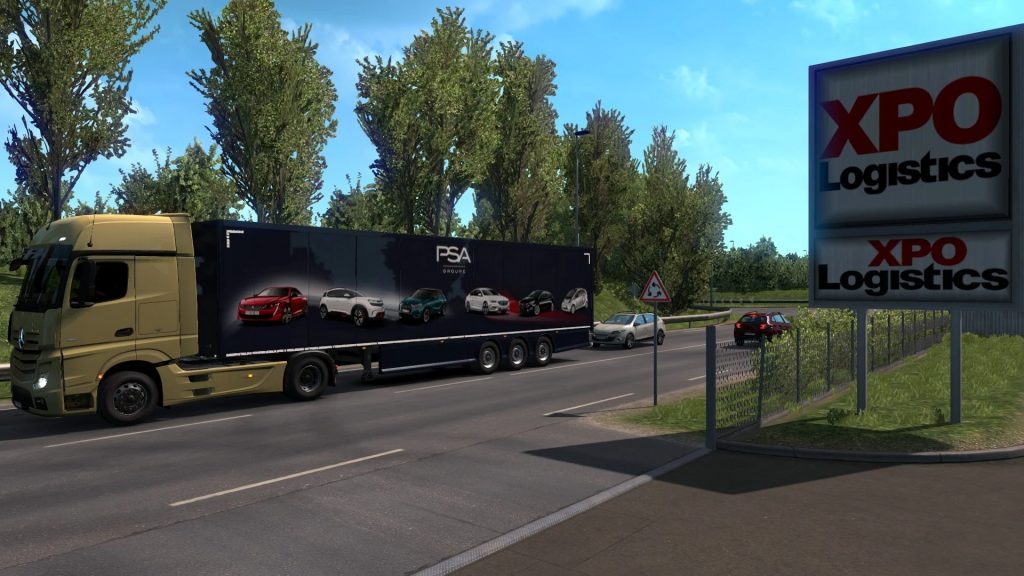 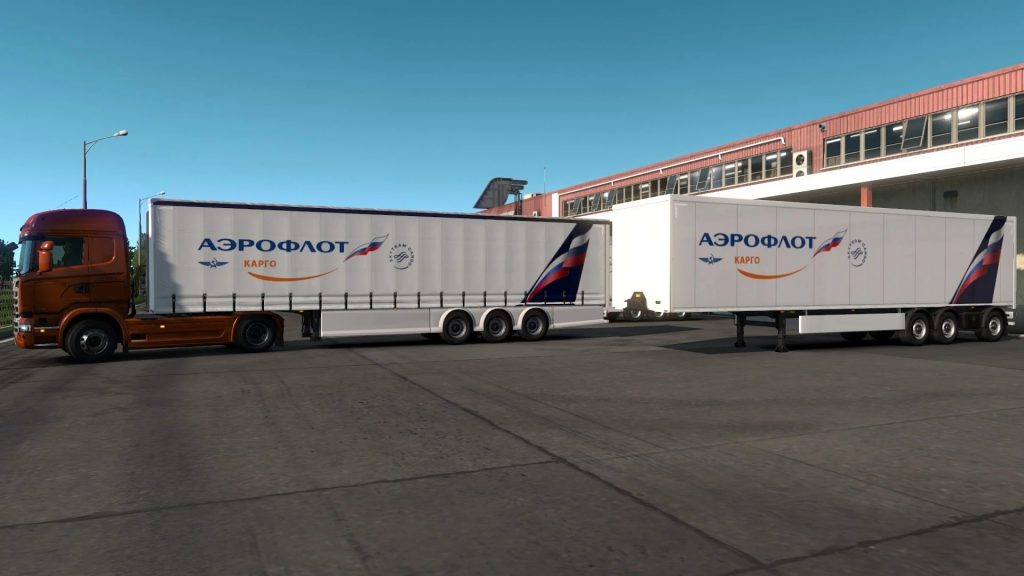 Description:
This mod replaces ALL (over 150) original SCS companies inside base game and map DLCs. Mod is made from the ground up and thus is only DirectX 11 compatible. It is compatible with v1.40.x+ and does not support the previous versions but it should work except you’ll see the SCS companies’ names. It replaces texture files (.dds) hence is always error free (no 3D models except one case).

Mod is formally updated to v1.41.x. Nothing changed for companies in the new version so it supports v1.38+.

ACI SRL (Base / Italia) is changed from Alitalia Cargo to Italia Trasporto Aereo. Alitalia is in process of liquidation, and ITA is successor since 15.10.2021. Small in game UI is new, but the trailer is still Alitalia one as ITA inherited it.