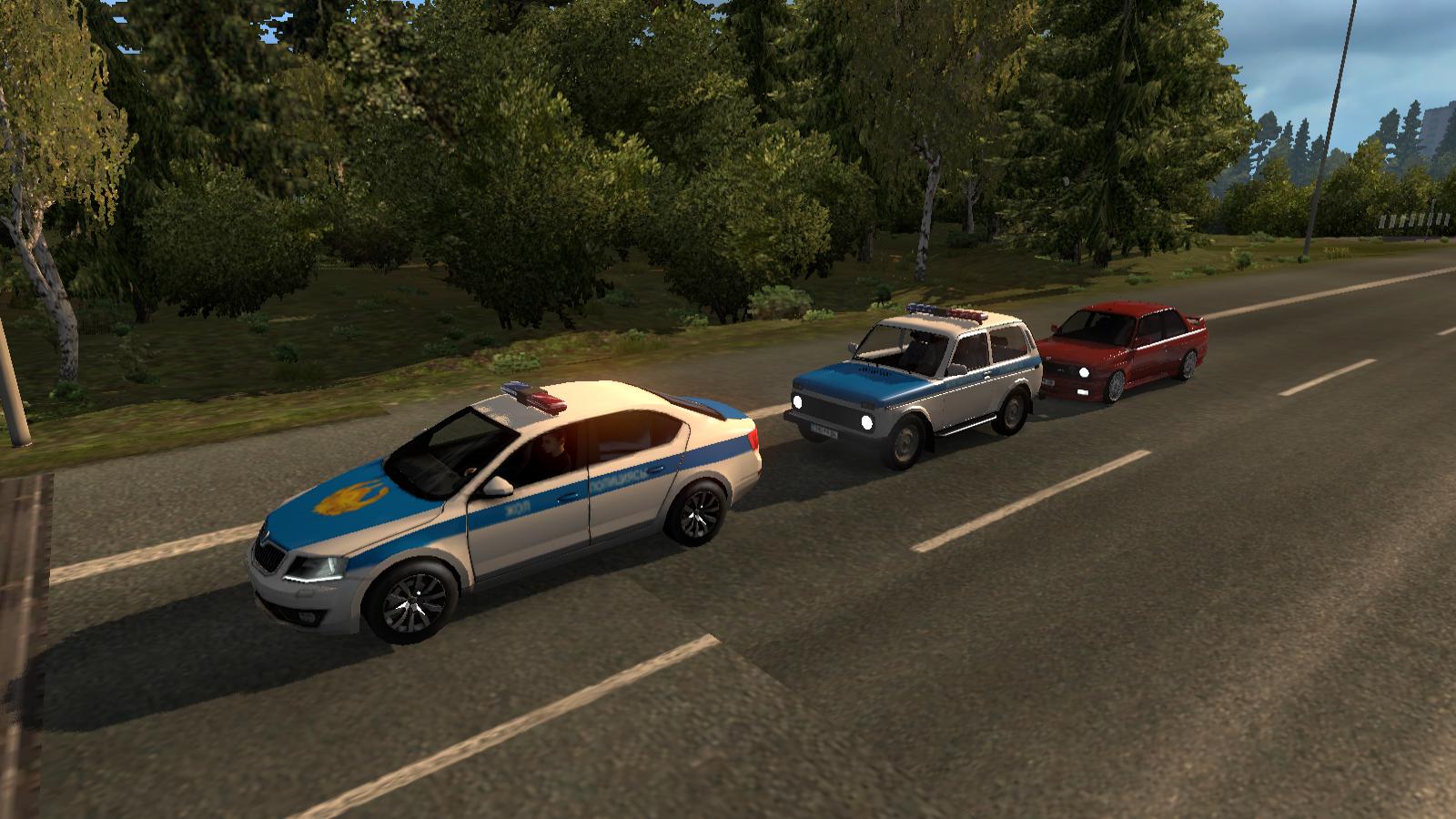 Description:
Updated mods to the current version of the game.
Corrected the identified errors.
Added manifestos, text documents, and a preview for the manager to the mods.

The mod adds Kazakhstani police cars to the Great Steppe map.
There are two versions of the modification with different colors for the car: Niva (also known as VAZ-2121 and Škoda Octavia).
Initially, a version with a white hood and trunk was made, but since the author of the map had previously seen this car with a blue hood and trunk as a “mark” in the Karaganda region, Niva was repainted. Thus, there are two versions to choose from.

Connect above cards:
The road to the Aral