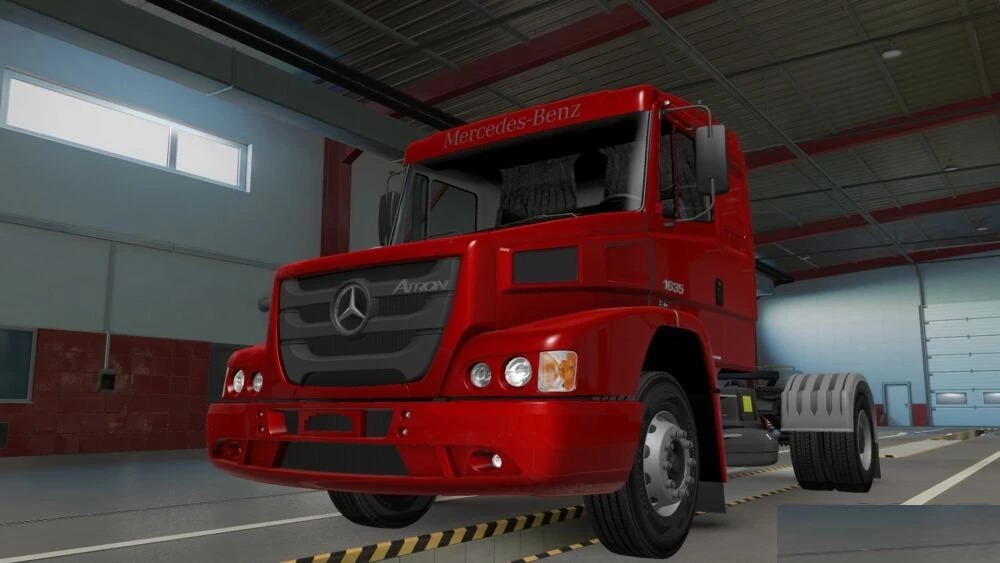 Description:
It all started in 1988 with the first truck in the HPN line, the L1618 with 180hp and an innovative design that was very advanced for its time. A success in its time, quickly adopted by the largest cargo carriers in Brazil and Latin America.

The new cabin concepts arrived in heavy vehicles and soon the biggest icons of the brand were launched in Brazil, the LS 1935 and 1941 and since then the family has grown, reaching the second generation, the HSK Line, passing through the LS 1938, LS 1632 and LS 1634 in mid 2001.

The LS 1634’s sales success made the truck last for more than 10 years in the production line and gave way to what would be the last of the brand’s bicudos and also Brazilian in production, the Atron 1635.

The Atron Line, launched in 2012, is a redesign of the already established HSK line and came as a gift for lovers of the brand, in addition to relying on the latest technologies from Mercedes-Benz.