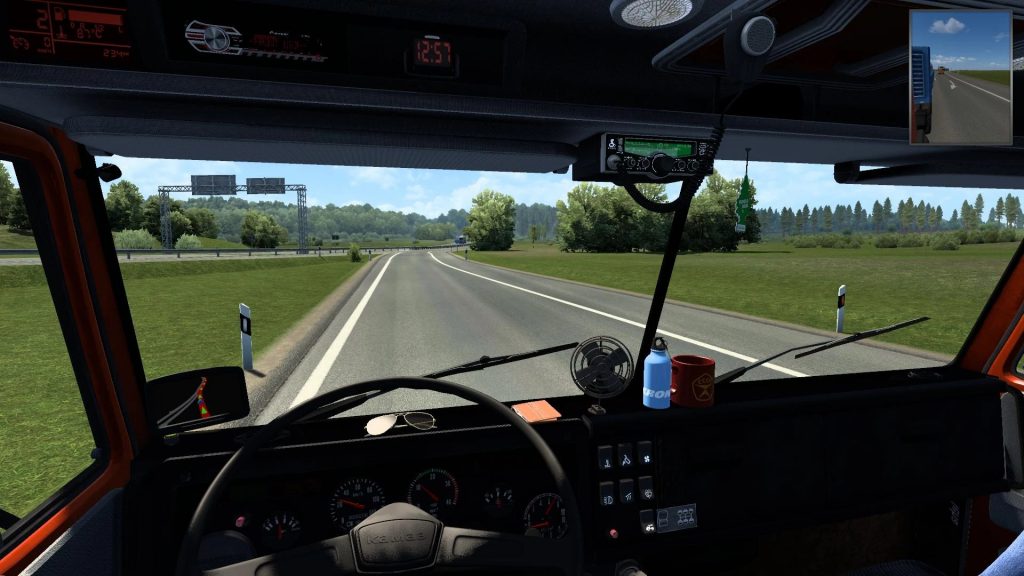 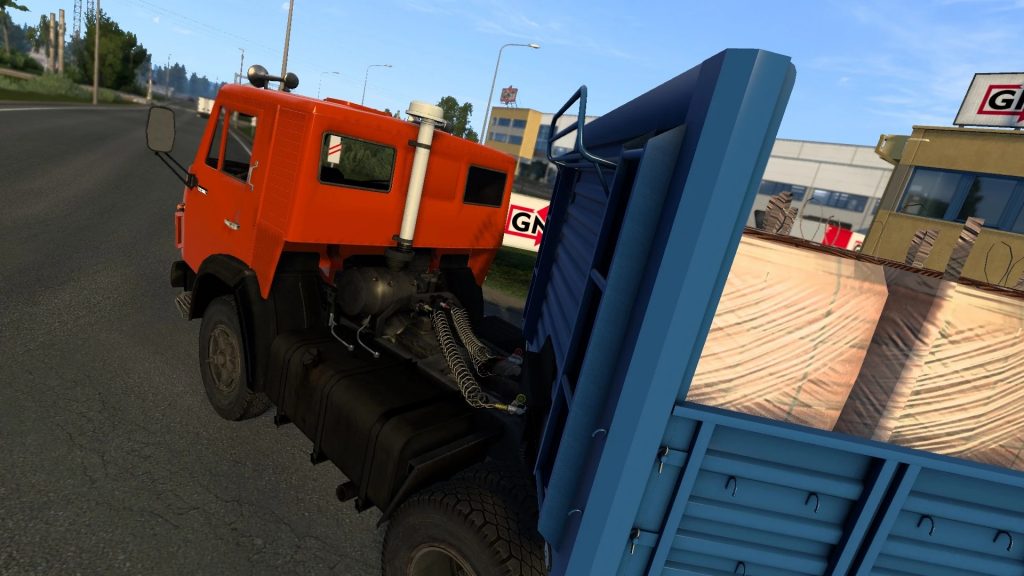 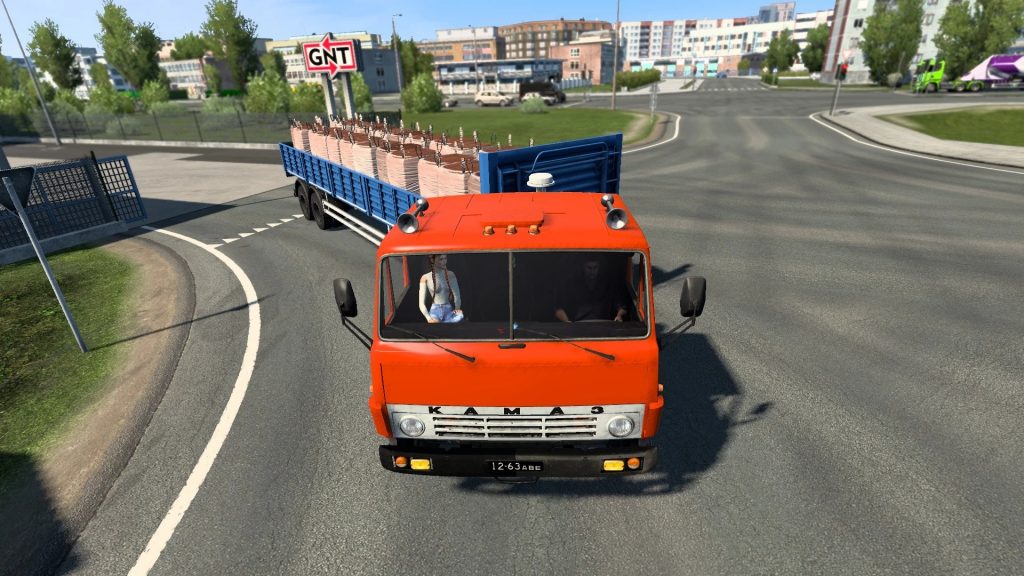 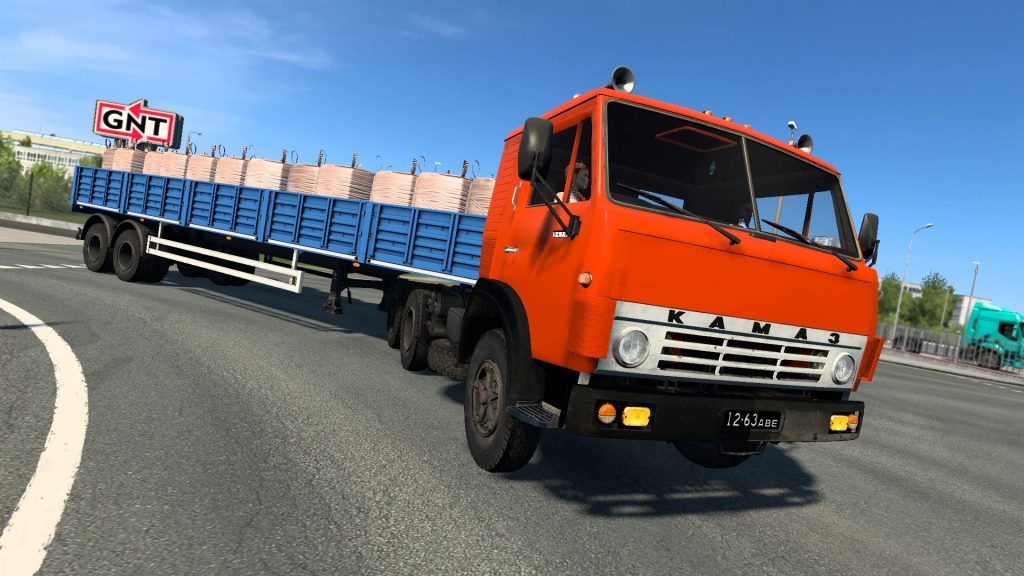 Description: Autonomous, does not replace anything, is bought at dealers of KamAZ or VOLVO modifications.

Last changes:
A complete conversion of the entire 3D model of the truck has been carried out.
Complete reworking of the textures of the entire cockpit.
Added new improved interior (version v3.0) 🙂
Added new passengers – girls.
In the interior, the black stripe was removed, due to which the dashboard was hard to see – during the day. 🙂
Updated special signal – pipes.
Chassis physics reworked.
The 3D model has been cosmetically cleaned.
Updated and fixed in companies, desktop and dealers.
Full optimization of the 3D model has been carried out.
Cleaned the log in the game up to 100% (percentage) 🙂
Latest test on ETS2 version: 1.45.1.6s
Happy gaming and happy travels!

Credits:
Oleg Davydov[oq37].
The authors of some used 3D models of KAMAZ: JAWA, Stas556.
Author of adaptation and full conversion of 3D-Model: Master_Yoda.