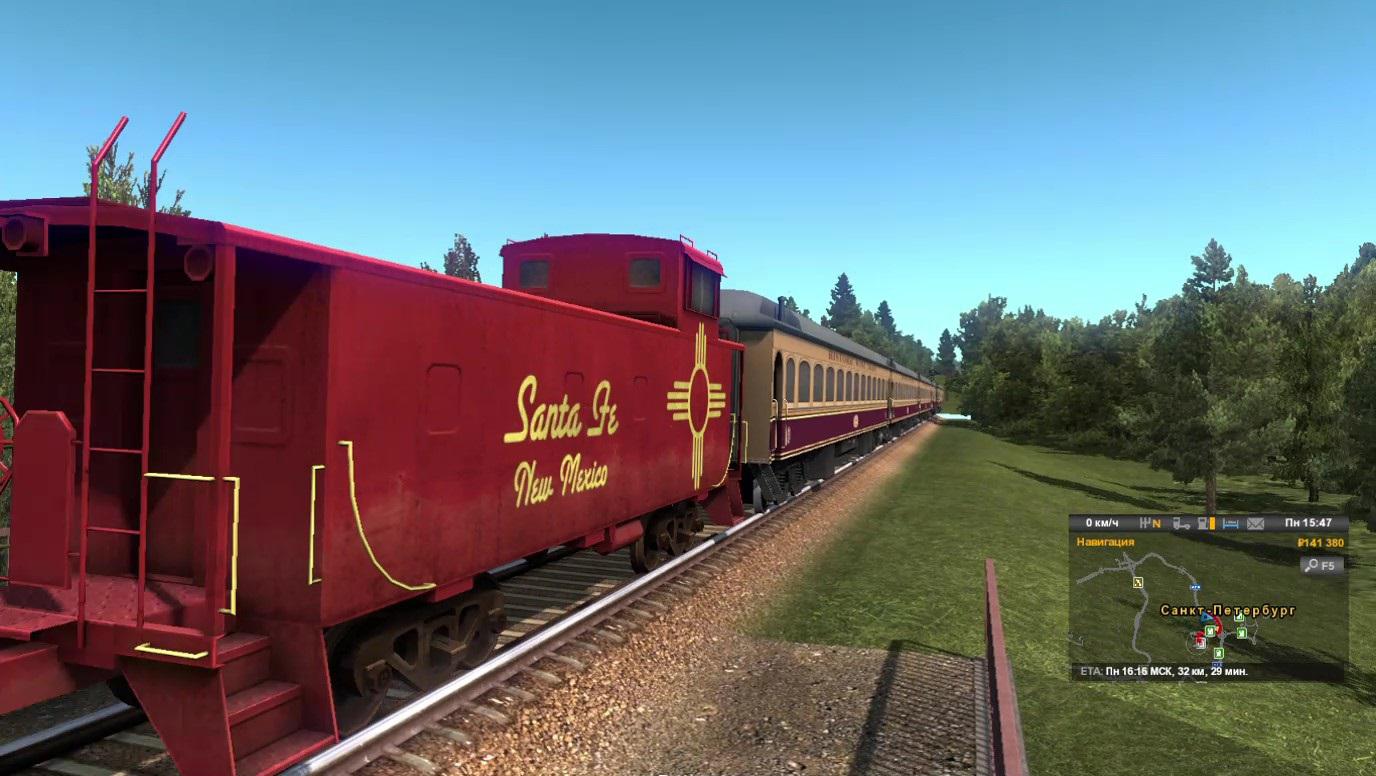 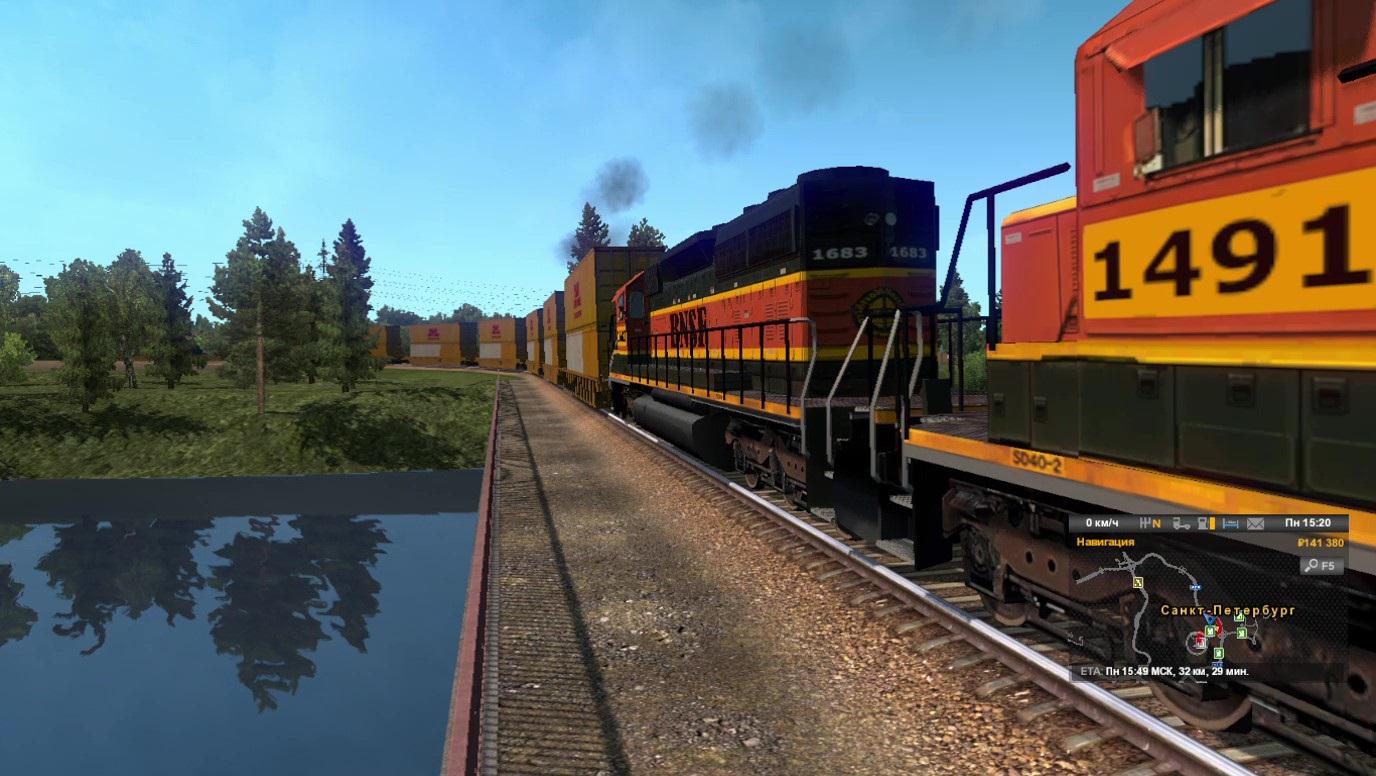 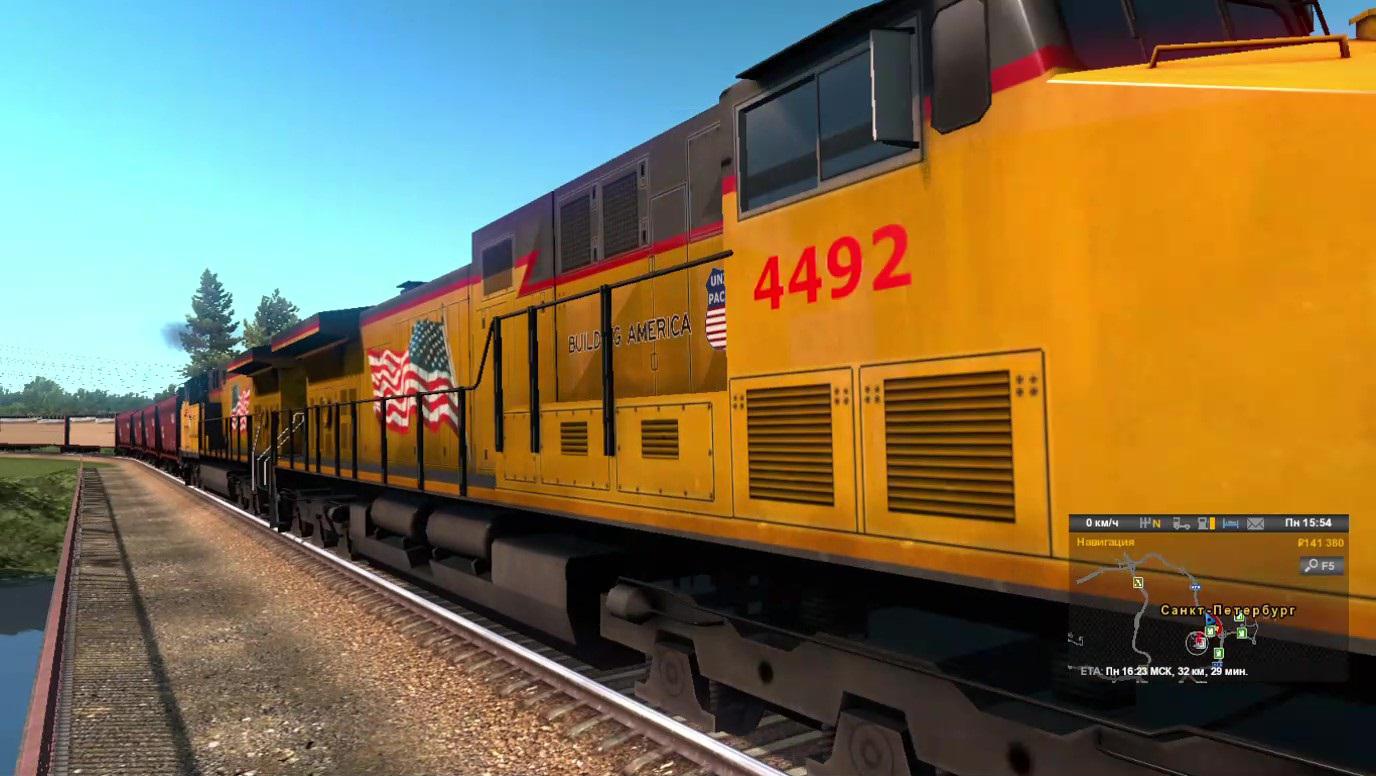 This is ETS2 Adaptation of my American Truck Simulator: Improved Trains mod v3.3

Mod Add American Trains in ETS2, do not replaced european regional trains, only add new types, It should work on all map.

Basic Description of this Mod:
This Mod adding a More realistic American Trains based by PIVA train mod.
In combine With improved Train Sounds by TruckerKid and sounds from SFP by Drive Safely.
+ my Exclusive content.

For some locomotives and rail cars add skins with logos of real companies.
Now all freight trains are drived by more locomotives, from 2 to 5 coupled head DMUs and some additional in the mid and the end of the trains.
The length of trains has been changed, passenger: 4-15 cars. freight: 20-60 cars, depending on the number of sections and type of locomotives.
The max speed of freight trains changed to: 80 KM/h(50 Miles/h). for Passenger trains: 150 KM/h(more than 90 Miles/h).
Added sounds for trains from the Sound Fixes Pack and Improved Train Sounds
All passenger trains added a reverse section locomotive.
also increased stopping distance for the all trains.
THE TRANSFER PROBLEM IS SOLVED NEAR THE RAILWAY CROSSINGS AND RAIL STATIONS.
Now freight trains do not stop there and do not block the next crossings.
Added new additional Locomotives for all train types.
For 3D models LODs added to reduce graphical load and FPS drawdown.
Now even more options for a locomotive couplers.
Cars groups in freight trains are more randomly from 2 to 8 cars in group.

Please place this mod above than any Sound packs and Traffic Density mods in manager.

Attention!
DISTRIBUTION ON THE OTHER SITES IS ALLOWED ONLY WHEN SAVING A ORIGINAL LINK TO SHAREMODS.COM AUTHOR PAGE (look for the author’s nickname “POWERFULL” on the file storage page before downloading)
THE WORK OF ANY REUPLOADED BY THIRD PARTY COPIES IS NOT GUARANTEED.
MOD IS PACKED IN THE ARCHIVE IN SPECIAL WAY, ANY REPAIR WILL RESULT IN ERRORS AND BUGS

This mod verion does not support versions of game older than (1.36x).