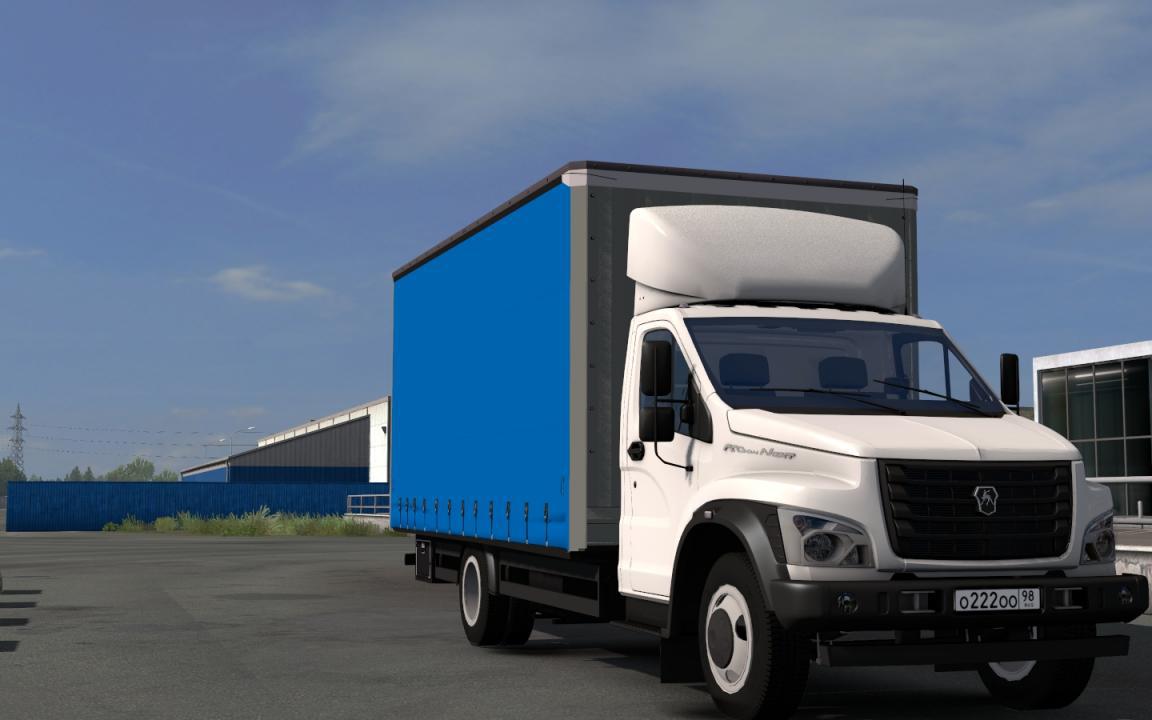 Description:
Changelog v2.0
In this update: unnecessary engines and gearboxes were cut out, the radio tape recorder was re-textured, minor errors were fixed.

The GAZon NEXT truck with the GAZelle-Next cab module and the original plumage replaced the fourth-generation GAZ-3309 family, but is still being produced in parallel with it. GAZ C41R11 and C41R31 trucks with a carrying capacity of 5.0 t and 4.7 t are designed for operation on all types of paved roads. For urban use, modifications of the CITY subfamily with wheels of a smaller (19.5 ‘) diameter and a loading height reduced to 1.1 m are provided. Since the end of 2017, the production of the GAZ C41RB3 GAZon NEXT 10 truck (4×2) has been expanded to an increased payload capacity of 6.2 tons with a gross weight of 10 tons with rear air suspension. The release of the new GAZon NEXT 4×4 off-road three-truck (formerly Sadko NEXT) with a single-pitch rear axle bus and centralized tire pressure regulation system has been postponed to early 2019, and the heaviest version of the NEXT 12 GAZon 12 will appear in a year ”With a gross weight of 11.9 tons and a carrying capacity of approximately 7 tons. These versions, including those with a wheelbase shortened to 3.8 m, will completely replace the morally and physically obsolete ZIL medium-tonnage trucks in the country’s cargo fleet.