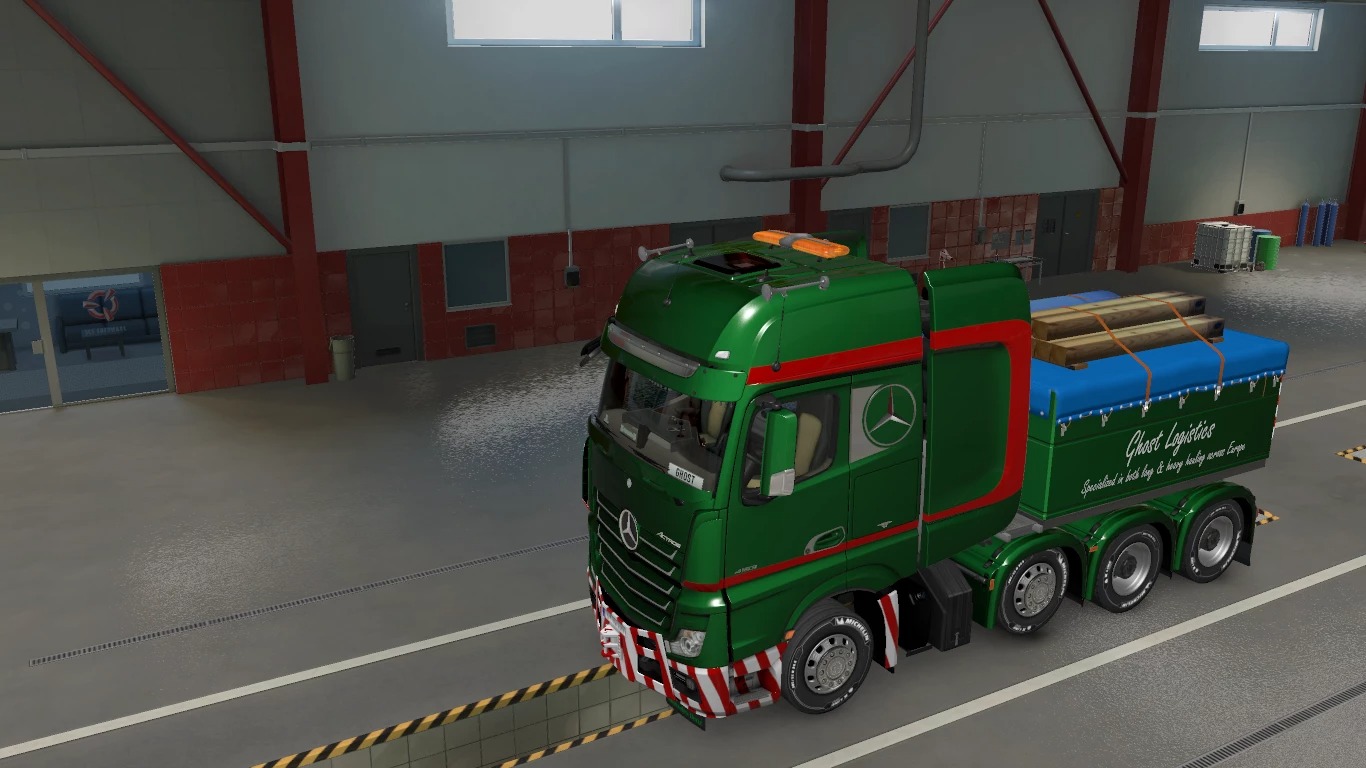 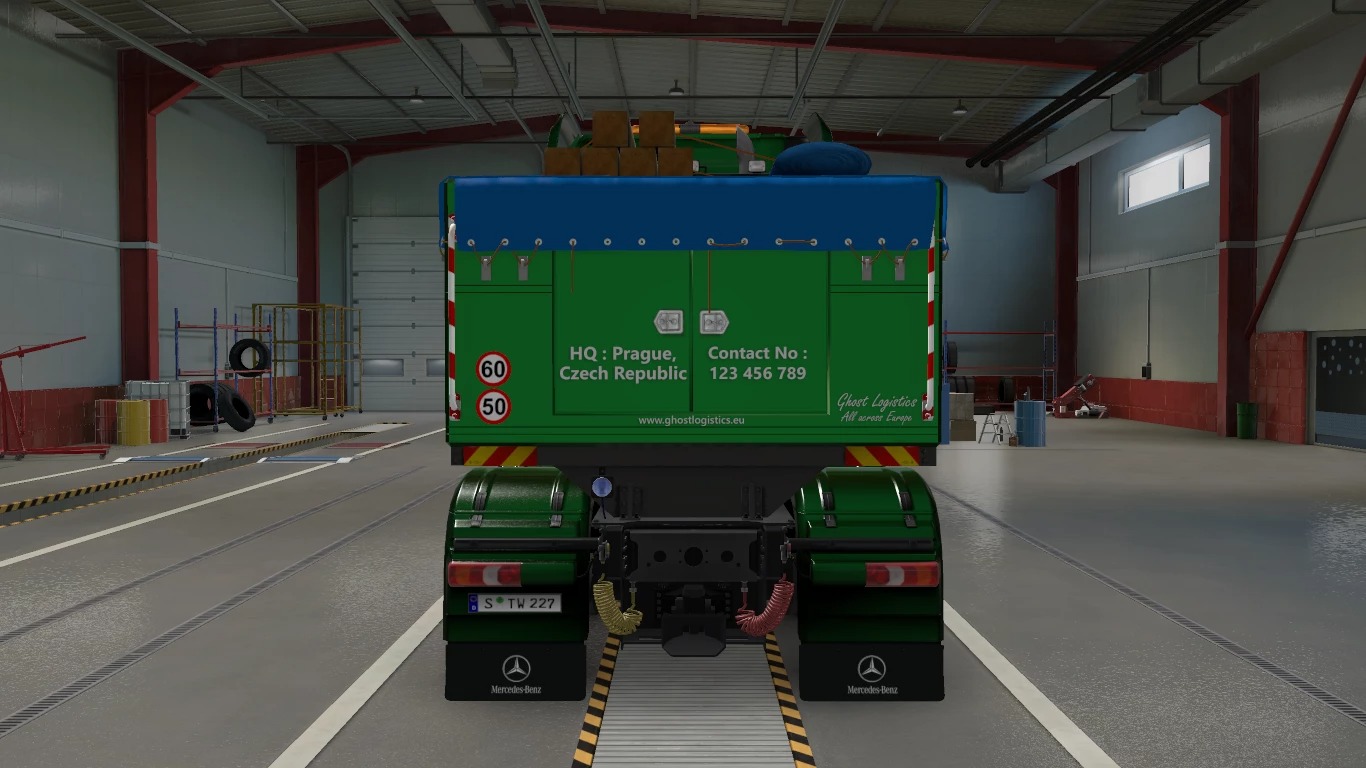 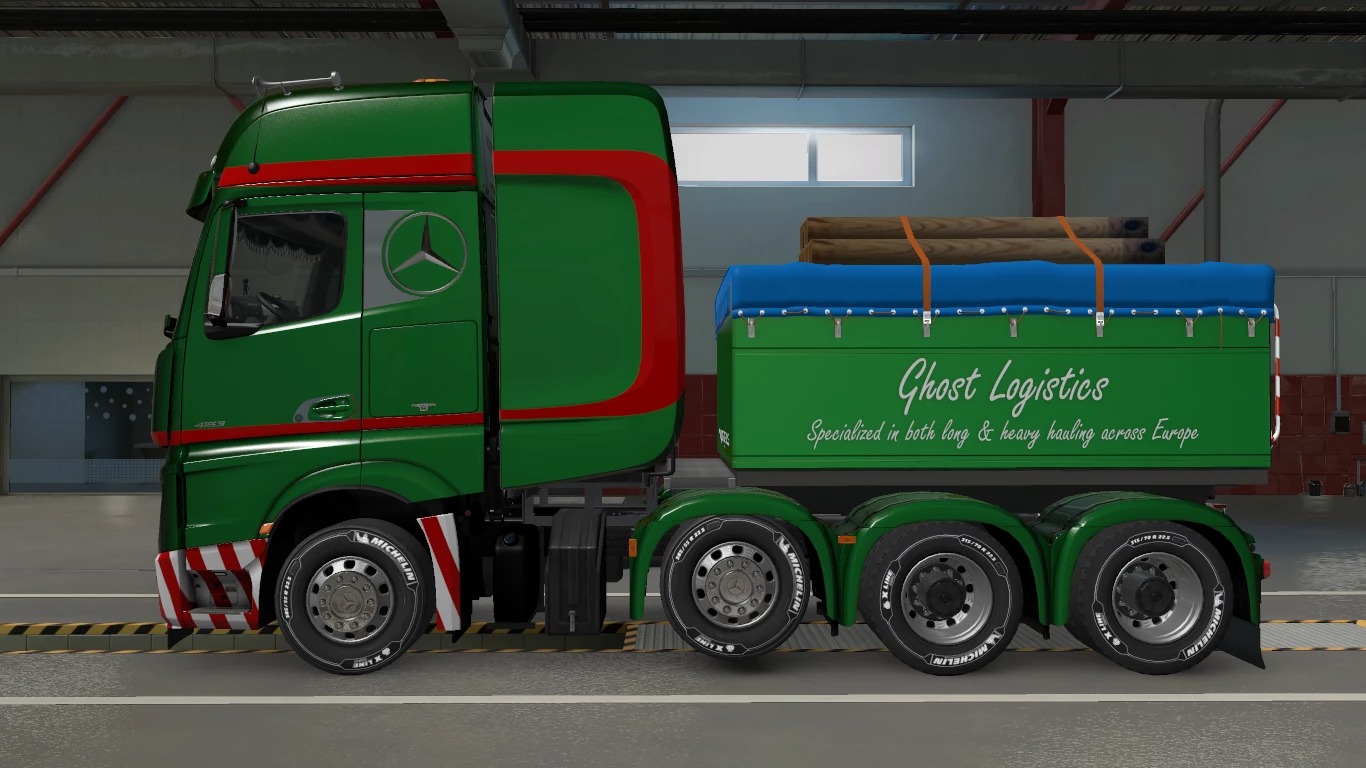 Description:
A custom chassis for Mercedes Actros 2014 truck for hauling modular trailer. I used the bodywork model from a discontinued project from XBS which I liked very much. A trailer is also WIP, which will be added in the trailer section in the future.