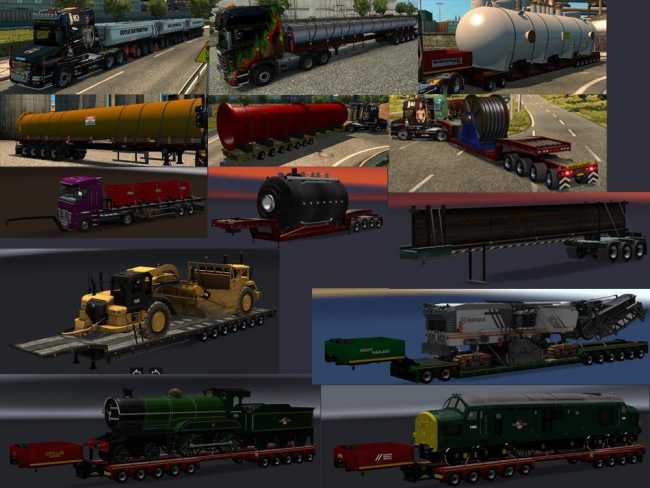 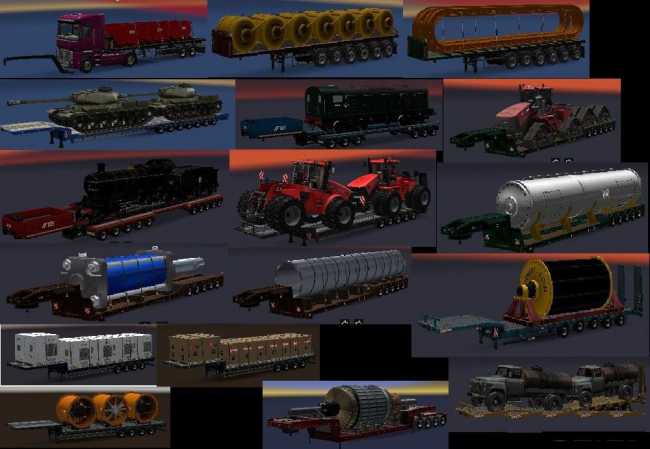 Download, Unpack with 7zip or winrar & place “Chris45 Trailers V9.15.scs” file in mod folder, activate in mod manager, best to put above other mods (if you have any).

You Must have DLC Scandanavia & DLC Going East installed for this mod to work.
Works with other Map Mods, also compatible with Road to the Black Sea DLC

NOTE: This Mod is compatible with ETS2 Version 1.35 & 1.36
Note: Don’t take very long trailers on tunnel crossing from dover to calias, use ferry crossings instead, some trailers are too long for tunnel / train crossing.
Tested on ETS2 V1.36 Compatible with all DLC